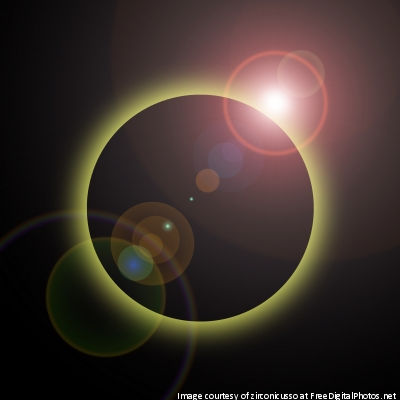 This has been a challenging (interesting) month. With the passing of my heart, then getting a terrible infection/flu and fraudulent charges to a credit card, resistance has been showing up in my life BIG TIME! Plus, Halloween is the year anniversary of my brother passing away. I guess I should have expected something to come up because I explored the topic of resistance last month.

So, as resistance continued to present itself I came across a book (first the audio book and then I purchased the e-book) of one of my favorite teachers, David Hawkins, called “Letting Go: the Pathway to Surrender”. I’m not sure if this is the last book he wrote before he passed because some of it felt old and out of date and the rest of it was critical to what I needed. Currently Hay House has this e-book for only $1.99 until Nov 7th both US and CAD; a wise investment.

I realized that the process of Letting Go is not a new concept as I have read books on a similar theme including “Busting Loose from the Money Game” by Robert Scheinfeld (Wiley 2006), and I have written extensively on this theme in my blogs during a time when I knew I needed to Let Go. However, when it comes to the Resistance I have been experiencing this month I knew how important a process it was going to be. In fact, David Hawkins believes that the process of Letting Go leads to enlightenment and raising our map of consciousness to that of Peace (1st stage of enlightenment calibrates at 600. To know more about David Hawkins Scale of Consciousness go here).

So, what was I resisting? It seemed that my theme of resistance created a clear path to areas in my life that I haven’t been conscious of. My health concerns, which I have been working on for the past few years, seemed to get amplified by a fever of 102 which, considering I usually run a bit cooler than average, felt all encompassing. However, instead of shifting to acceptance and allowing so that I could “Let Go”, I began focusing on the pain and figuring out where it was coming from and why it was so debilitating. My focus was on resisting it! I wasn’t seeing the Divine in any of it. I was resisting getting medical attention because I dislike antibiotics and felt it was viral. Although part of it may have begun as a viral infection another part of me knew that it was a tooth infection that was going septic through my blood. The pain continued to get worse and if I closed my eyes to see where the pain stemmed from it was coming from my tooth.

Then the question of why I wasn’t healing viral and bacterial infections arose. Several years ago I was working with someone who kept telling me how sick I was and I just couldn’t create a healing energy to fight these numerous different ailments. And therein lied the problem: we try and ‘fight’ illness. We “Resist” illness!

I knew the answer lied in “Letting GO”!

But what is Letting GO? It comes from the acceptance of the Divine within us. It comes from remembering “Who we are”; from moving into the NOW moment and shinning the Essence of “Who we are” through us. It is from acknowledging that thoughts are caused by repressed or suppressed feelings and that these repressed or suppressed feelings are creating illness within our bodies. We surrender a feeling by allowing it to be there without condemning, judging or “Resisting” it. We also need to “Let Go” or “surrender to” the underlying payoff of that which makes us ill (such as accepting our own victimization or even accepting energy from others that acknowledges us as being victims).

Feelings aren’t the Real Self; the Real Self, the Inner Self, always remains the same and is our “True Essence”, our Divine Nature. When we remember “Who we are” we can “Let GO” from the higher perspective of our Real Self. However sometimes we need to feel our feelings instead of continuously distracting ourselves because we are uncomfortable. Feeling is the only way to release the energy underneath our ‘resistance’ because if we don’t know what we are feeling we probably don’t even know that we are repressing or suppressing and resisting in the first place.

The thing is: I think we all are aware of the areas we are resisting. They are the areas that aren’t flowing in our lives. I just chose to see all of my resistances within these six weeks because I began looking at resistance as a theme. And what we look at grows!

I guess I chose mid September and October to become aware of what I needed to see in my life so that I could truly move forward and walk my talk. I’ve been choosing to evolve my consciousness towards love and transcend areas that I’ve been avoiding in my life even when I thought I was ‘seeing’ them.

As I write this my infection continues because there is an emotion that I’m not “Letting Go” of and that emotion maintains dis-ease even with the extra strength antibiotics I am on and I think this is because I’m requesting to fully embrace “letting go” and I know when that will be complete: when either I accept what is happening to me or I fully ‘let go’ of whatever has it’s grasp, presently, on my physical body.

I am choosing to “Let GO” and I know that this process will happen as long as I stop distracting myself with what is “happening” and accept and “Let Go and Let GOD” into the part of me that knows my Divine Spark and Remembers Who I AM!