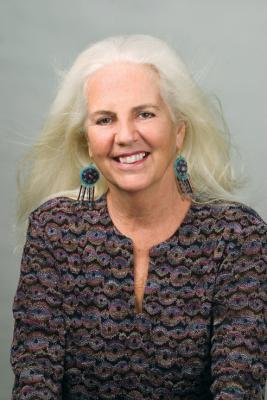 Today at noon EST, Laurie Huston from News the Heart is talking with BestSelling Author, Barbara Hand Clow on her newest book: Revelations of the Aquarian Age. As a result of these extraordinary times, Barbara Hand Clow has created the Revelations trilogy — a series of three novels — to tell the story of our evolutionary critical leap from 2011-2020. Her heroic characters access the divine mind and take you, the reader, along with them. The first book, Revelations of the Ruby Crystal, came out in 2015, and the second one—Revelations of the Aquarian Age — was released in February 2018. Her characters show how each one of us can make this leap, and they are fun and very inspiring. Since reading is one of the most potent forms of meditation we have, consider treating yourself to a journey with these books taking you out of the chaos into beauty and awakening. Join us for this fascinating discussion! We’re Getting to the Heart of what Matters!

The Mayan Calendar finished its evolutionary push in 2011/12, and then during 2012-2015 we lived through seven squares between transformative Uranus in Aries and revolutionary Pluto in Capricorn. [See articles in “Articles” section.] This tense squaring energy still creates mind-bending chaos in our world, and you may wonder whether you can survive! However, at the same time we are being flooded with advanced spiritual knowledge that is moving us into unity with the divine mind! The good news is: the current astrology cycles suggest we will make it.

During 2011 through 2017, many of us have wondered whether there will be a future, a classic crisis of faith. Yet, thankfully, astrology during 2018-2020 indicates we will find solutions for our great difficulties. Uranus and Pluto in a wide square still remind us of the need for the great changes we felt from the Uranus/Pluto conjunctions during the wild 1960s, themes that moved into crisis mode during the Uranus-Pluto Squares 2012 through 2015. The conjunctions and squares have done their work, and at this point in time, many people realize we are destroying Earth’s ecology. Saturn will be in Capricorn 2018 through 2020 when new structures and discipline will emerge. Then Saturn comes to Pluto in January 2020 when new revolutionary systems will replace outmoded ones with a vengeance. Uranus has been in Aries since 2011, resulting in a seven-year jittery phase of chaotic change, yet in May 2018, Uranus moves into grounded, get-real Taurus until 2025 to inspire the building of a whole new world. In May 2018, Chiron, the healing maestro, moves out of mystical Pisces and slams into Aries, which will trigger waves of healing. Barbara’s characters in the Revelations trilogy all struggle with these great forces as they discover new ways to handle heightened reality. Read More…