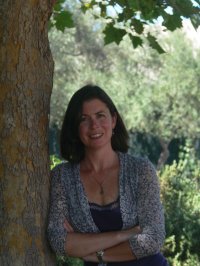 Johanna has spent the majority of her adult career as a technologist and computer programmer – studying and creating the patterns that make up many of our now-common day-to-day technology tools. At the age of five, Johanna became fascinated with math and would sit for hours on the floor in the hallway of her childhood home writing numbers and later creating math equations before she even knew what they were. As a witness to her parents divorce at the age of six, Johanna began applying her math-like perspective to all of the relationships around her – trying to solve for ‘ex’ and to build an understanding of what truly constituted the human state of nonreconciliation. For the remainder of her childhood and early adulthood, Johanna continued to use her pattern-based lens as a way of understanding the nature of human relationships, the wounds that they carried and the complex configuration and sacred geometry of what we traditionally call ‘family.’ As the mother of three small children, Johanna was diagnosed and treated for breast cancer at the age of forty-two. With this transformation, her path was permanently altered. With the amazing support of her husband, Rich, she successfully underwent six months of chemotherapy and radiation to treat her cancer. This experience created a phoenix-like experience for Johanna from which she began to identify and excavate what she refers to in her work as her ‘lost’ and ‘true’ self that she believes had been buried from her awareness for the majority of her adult life. As an important part of her healing process she began to look closely at her own family story and re-ask the question: Why do so many family relationships break down and how can they be reconciled? The Prodigal Family provides her own unique perspective on this ancient question. Johanna lives in northern California with her husband and three children.
Website: www.theprodigalfamily.com
Blog: www.theprodigalfamily.blogspot.com