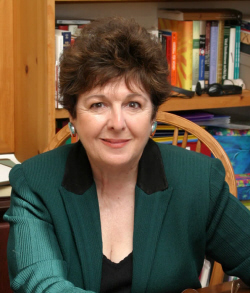 For author and visionary Dr. Joan C. King, the path to her purpose in life has been filled with more accomplishments than most people would realize in a few lifetimes. Yet, it was a year long sabbatical during her highly successful academic career that allowed her to examine and reconstruct her entire life’s focus. This “time out” for King, the first real break she’d taken since childhood, was key to her discovery of Cellular Wisdom™ teachings and series of books, which have already deeply impacted thousands of people around the world.

King’s life was changed in an instant and forever with the sudden death of her father. She was just ten years old. This great loss and grief sent her on a quest and collision course to become a nonstop achiever. Decades later she realized that her drive for success masked the loss of her dad. In pursuit of the next big achievement, she too lost herself. This ultimately drove King to integrate her scientific background and knowledge of cells with her spiritual nature as a commitment to reclaim her life, then to provide the same to others via her books and seminars, which in her expanded awareness she coined as Cellular Wisdom.

King began on her spiritual path at an early age. She was just seventeen years old when she stepped into life at a Dominican convent in her native New Orleans. As much as Joan loved the ideal of being a Dominican nun for the rest of her life, she received a number of signs and intuitive questions marks that this was not the right path for her. Always a bright student of life, King transitioned from the convent to the University of New Orleans when she was twenty eight.

Fascinated by science, King studied to become a Chemist and later received her Ph.D. in Neuroscience & Psychology from Tulane University. The world of academia loved King and she thrived in the university setting, first as a student and later as a professor, a researcher and eventually a department chair of Tufts University School of Medicine in Boston. What many people would consider a dream career, proved to be a trap–keeping King from her true calling.

While on sabbatical from Tufts University in 1997, King took time to ask, “Who am I underneath all of my accomplishments?” She took time to be still—to listen. Writing courses on Monhegan Island, off the coast of Maine, and then courses in Hawaii, on the Big Island helped King look deeply within and find her inner self. She gave herself permission to discover who she was again at a cellular level. Before the end of her sabbatical, she let go of the need to prove herself and began her transition from university life to author, speaker and benevolent entrepreneur.

Cellular Wisdom, the bi-product of King’s own inner journey, is based on her beautifully blended five decades of scientific research combined with spiritual principles. It is a process and system that allows anyone to review their life and uncover their core values and heart’s desires. King’s work amplifies our best parts as she compares the organic
human journey to how cells operate and support the body very naturally and effortlessly. According to King, cells in the body are genetically coded to do so. King provides a template for an authentic code of living and self-discovery that all of humanity seeks on some level.