Every 2nd Friday each month, I will be co-hosting with David. 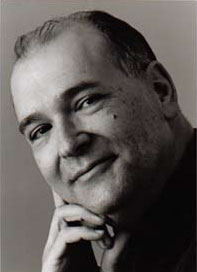 Listen here or BeMajor.org or my YouTube Station.
David Watson is a gifted Deep-Trance Channeler who has been channeling a Soul Group called the Willows since 1986. David works in the style of Edgar Cayce. From a deep trance state he answers questions and queries about health, relationships, spiritual matters, past lives, career and much more.

The Willows are a Group of Entities who claim their numbers from both the physical and ethereal planes. David is also a practicing psychotherapist specializing in stress counseling and soul purpose work. Whether he is channeling, teaching or working one-on-one with a client David is called to help others touch the creative source within  to know the true freedom of being.

Emotional Balancing and the importance of opening to new modalities that enable us to take charge of our lives – specifically NLP and Psych-K which are the keys to self mastery  are essential to creating beliefs that attract what we really want and need.
David shares techniques to create and integrate beliefs that can change our lives.

David has a Toronto Office.

David and I have been doing YouTube videos and audio for 2014, when we moved over to BeMajor.org.

Compassion and the most Benevolent Outcome Nov 18/13