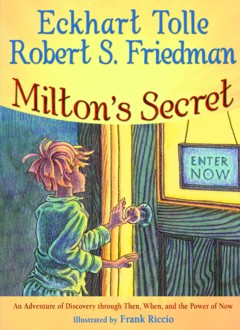 Eckhart Tolle has a simple message for everyoneliving in the Now is the truest path to happiness and enlightenment. With co-author Robert Friedman and illustrator Frank Riccio, Tolle now brings his message of the power of Now to children. Milton’s Secret is the charming story of Milton, a bright, cheerful boy, who learns to overcome his fear of bullies and other scary things that sometimes frighten children. Children follow Milton’s adventures as he learns to stop projecting his past fears into the futureand live simply and happily in the moment.

Milton’s Secret will not only appeal to the millions of readers of Tolle’s other books, but also to any parent who wants to help their young children overcome typical childhood fears. 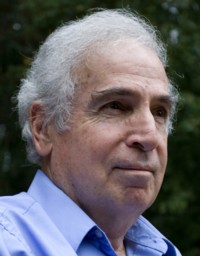 ROBERT S. FRIEDMAN has taught university English, been a freelance photographer, and the managing editor of a city magazine. He has an MFA in Writing from the University of North Carolina at Greensboro. He was president and co-founder of The Donning Company/Publishers (1974), where he published pictorial histories, regional books, cookbooks, science fiction/fantasy, and metaphysics/spirituality. He is president and co-founder of Hampton Roads Publishing Company, Inc. (1989), which has published in the genres of metaphysics/spirituality, fiction, childrens books, health and wellness, and philosophy/new thought, including the world-famous Conversations with God series of books by Neale Donald Walsch, Lynn Grabhorns Excuse Me, Your Life is Waiting, and Messiahs Handbook by Richard Bach.. He has published over 1,000 titles in over 34 years in the business; pioneered the publication and marketing of the first science fiction trade paperback line (Starblaze Editions) and the first line of graphic novels (the Elfquest series); and had books on numerous national best-seller lists, including five on the New York Times list, and dozens of titles in over thirty languages world-wide.