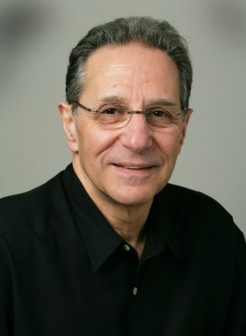 I cannot remember a time when I did not have a curiosity about the psychological aspects of things. Even as a child I can recall this abiding interest in people. Later, as an undergraduate at California State University at Northridge I was drawn to the field of Anthropology because I was so curious about the way people lived. I was intrigued by cultural universals and the striking differences and similarities between people in different areas of the world. In my college years I became very interested in children while working in summer camps and later as a lifeguard for the City of Los Angeles. I was fascinated and pleased by the way children changed and grew from how I interacted with them.

After graduation I applied for and was accepted into a government fellowship program at USC called Teacher Corps. It was geared toward bringing the latest teaching methods to inner city schools. My urban anthropology background proved useful in developing cultural studies programs. I was struck by how well children responded to the child centered program we developed. I became interested in forming a special club for a group of students with poor grades and again, I was impressed with how much they improved with caring and support.

Armed with a life teaching credential and an M.S Ed I was hired to teach 6th grade in the Santa Monica School District. My principal Martin Beaudet was open to new teaching methods and encouraged me to design my own approach to my classroom. I was very interested in individualized instruction and through that I became well acquainted with my students. I was impressed by the growth and performance of students when they could explore interests and talk about their fears and concerns. I was delighted by the way my interest in their learning helped them develop their abilities. I saw a correlation between family involvement in the learning experience and how these students responded to their education.

When I later taught gifted children I was again moved by the way children learned. My interest in people encouraged me to seek answers to questions about what caused people to behave the way they did. My curiosity continued to evolve into a series of questions about why it was that some of the less gifted children learned and performed so much better than other students who had been identified as more intelligent on I.Q. tests. I wanted to understand what factors that stimulated learning and development. What caused people to feel anxiety, depression, and low self esteem? Why were some children and adults more violent and aggressive than others? What were the essentials that made healthy relationships and friendships work, and what was it that made people happy?

One day my principal pulled me into his office and asked me if I had ever thought about pursuing a career in psychology because he believed that I had a special aptitude in helping children feel better about themselves. I realized that somehow my curiosity was driving me toward inner work. This conversation was a catalyst that propelled me toward a more intense study of psychology.

In 1979 I was invited to join a group of therapists in private practice. I began to work with these very talented people who mentored me and brought me into the field of psychological literature and psychotherapy. As I studied in group supervision with another gifted psychologist Dr. Esther Benton, I kept asking the same questions and one by one some of the answers became clearer to me. I enrolled in a doctoral psychology program at USC to continue my studies and deepen my knowledge about what makes people into who they are.

In my second year I transferred to California Graduate Institute. I enrolled in psychopathology as a core requirement for graduation in my last year. It was taught by a brilliant and charismatic professor, Dr. Avedis Panajian. It was here that the course of my studies would congeal and form a clear direction for many years to come. He introduced me to the study of shame pathology, in that shame is a negative and shameful feeling about the self and the way people respond to the outside world. I began to understand how feelings of inadequacy shape emotions within the self and behavior toward others and produce inhibition.

I subsequently wrote my doctoral dissertation on shame and how it affects psychological well being. I began my work on the way shame within the self seems to be an organizing principle for behavior and emotional difficulty. Dr. Panajian became a mentor and headed my doctoral committee. I worked on a theory that rage is a product of shame and is a primitive form of empathy. I came to realize that often the causes of anxiety, depression, self esteem issues and personality disorders are derived from shame within the self.

Although my graduate school experience included both existential and psychoanalytic training, I have continued to branch out into cognitive behavioral, transpersonal, and self psychology with specializations in anger management, self esteem, sexual addiction, and relationship counseling. I have steadily worked in private practice and have continued to develop my abiding curiosity and interest in what eases emotional pain, creates change, what affects our sense of self and how psychotherapy cures. I continue to grapple with the central concepts that influence human behavior. I use my anthropology background to develop unique methods of working with individuals from their cultural and psychological perspective and I utilize my teaching background to work with specific needs and desires of the patient.

I have recently finished a book about relationships and intimacy. The book is titled Love Making: From the Inside Out. In it address how our inner life affects our ability to connect emotionally with others and creates or soothes conflict, healing and redemption. My interest is devoted to the ultimate challenge of easing pain and helping people to develop better and more satisfying relationships.

In my work with people for over thirty five years I have discovered that if I truly listen to people they will tell me how they suffer and let me know what they need. It is to this end that I continue my work to understand and support the efforts of people to have a healthy and happy life.