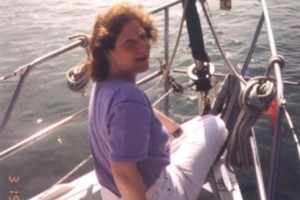 Ms. Levy, a licensed marriage and family therapist and a screenwriter in California, was a finalist in both Steven Spielberg’s Chesterfield and Robert Redford’s Sundance competitions. Well known for her writings in such distinguished publications as the Los Angeles Times and The New West magazine, she has also done script work for such Hollywood luminaries as Sydney Pollack, Robert Redford, Ron Howard, Gary Marshall, Harold Ramis, Jonathan Demme and Chuck Russell. A graduate of Boston University and Antioch University, she lives in beautiful Marina del Rey on a houseboat with her happy dog, Kelly, who “smiles.”